Tapping Away Trauma with EFT 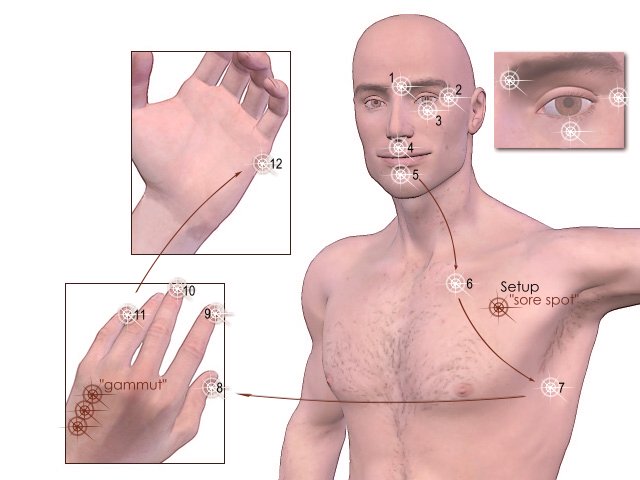 EFT (Emotional Freedom Techniques) represents a major breakthrough in the treatment of anxiety, PTSD, depression, and a wide variety of other mental and physical issues.

With so many military service personnel suffering from posttraumatic stress disorder (PTSD) and other serious conditions, we desperately need interventions that are effective in brief treatment time frames. Veterans receiving treatment through the Veterans Administration (VA) often report lack of success, and many are even retraumatized by traditional talk therapy methods.[1] [2] Let untreated, PTSD symptoms typically worsen over time and are associated with adverse changes in the structure and function of the brain.[3]

EFT (Emotional Freedom Techniques) represents a major breakthrough in the treatment of anxiety, PTSD, depression, and a wide variety of other mental and physical issues. A form of energy psychology, EFT releases traumatic memories by having the client to tap on a sequence of acupressure points, combined with advanced psychological techniques. The power of EFT comes from three primary mechanisms of action:

2.    Diminishing the intensity of emotional trauma

EFT is faster and more effective than most other modalities, including drug and cognitive-behavioral therapy. In a randomized control trial,[5] veterans suffering from PTSD were split into two groups: one that went through traditional therapy plus six sessions of EFT, and another that received traditional therapy alone. At the end of the study, 90 percent of those using EFT no longer exhibited symptoms of PTSD, while only four percent of the other group gained significant relief. Follow-up assessment showed that the improvements were maintained long-term.

EFT is being evaluated for use at Walter Reed Army Hospital, and at least three international humanitarian relief organizations are implementing energy psychology techniques in their post-disaster missions.[6]

Adults who suffer from PTSD are more likely to have experienced trauma as children, and new research[7] suggests an epigenetic mechanism for this observation. Childhood trauma affects the function of a gene labeled FKBP5, which is important in the regulation of stress hormones. Childhood trauma can „switch off“ this gene, which later predisposes the individual to a higher risk of developing PTSD in response to subsequent traumatic experiences.

EFT appears to directly affect DNA. If we could peer into the neural circuits of tappers‘ brains, we would observe their neural pathways being rewired. After EFT, you can still recall the traumatic event but it no longer evokes a strong emotional response—the memory is disengaged from the emotion. New frontiers in mind-body medicine are shining light on why EFT is so profoundly effective for trauma, as well as a wide variety of other issues.[8]

·      Epigenetics: Contrary to what Darwinian genetics would dictate, your DNA is not fixed—your cells and DNA are dynamic and responsive to their environment. Genes are continuously „flipped off and on“ by a variety of factors, including your thoughts, beliefs, and emotions

You can easily learn the basics of EFT on your own, but if you have serious trauma—and certainly if you have PTSD—I would advise you to begin with a qualified EFT practitioner. This modality is surprisingly powerful and can bring up a flood of emotions and repressed memories, which can be overwhelming. However, once you’ve learned the technique, it’s a tool you can apply on a daily basis to just about any illness or circumstance. If you’re a veteran with anxiety or PTSD symptoms, you might want to check into the Veterans Stress Project,[10] which offers free or low-cost EFT sessions to qualifying veterans.

[8] EFTFree: The Science Behind EFT

Source: Tapping Away Trauma with EFT