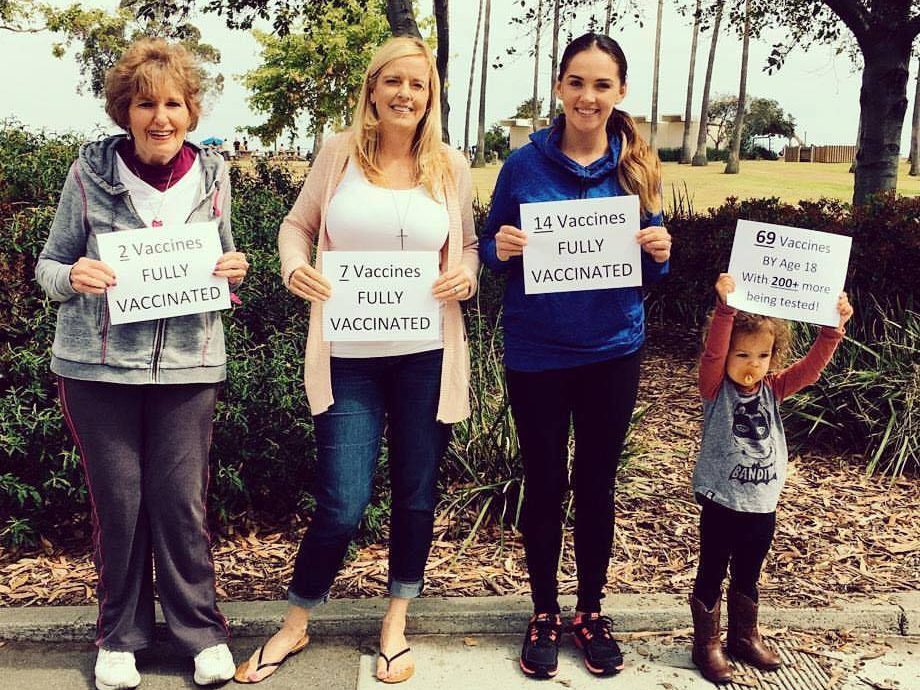 A companion study of Dr. Mawson’s Vax/Unvax study was published for the first time this week.  You can download a PDF here or here of it here to do your part in preventing it from being censored again.   A PDF of the original study can be downloaded at the link in red below, and here.  KB

Preterm birth, vaccination and neurodevelopmental disorders: a cross-sectional study of 6- to 12-year-oldvaccinated and unvaccinated children

Conclusions
This study compared the birth histories and health outcomes of vaccinated and unvaccinated children and sought to determine the association, if any, between vaccination, preterm birth and neurodevelopmental disorders (NDD). Vaccination (i.e., receipt of one of more of the recommended vaccines) was significantly associated with NDD, while preterm birth without vaccination was not. Preterm birth coupled with vaccination, however, was associated with a synergistic increase in the odds of NDD, suggesting the possibility that vaccination could precipitate adverse neurodevelopmental outcomes in preterm infants. These results provide clues to the epidemiology and causation of NDD but question the safety of current vaccination programs for preterm infants. Further research is needed to validate and investigate these findings in order to optimize the impact of vaccines on children’s health.

Vaccination and Health Outcomes: A Survey of 6- to 12-year-old Vaccinated and Unvaccinated Children based on Mothers’ Reports, was censored by the journal Frontiers in Public Health.

Note:  A PDF of the pilot study was first published on February 22, 2017 on the website New American News.Contributions to support our work are greatly appreciated.

Background: The long-term health outcomes of the routine vaccination program remain unknown. Studies have been recommended by the Institute of Medicine to address this question.

Specific Aims: To compare vaccinated and unvaccinated children on a broad range of health outcomes, and to determine whether an association found between vaccination and neurodevelopmental disorders (NDD), if any, remained significant after adjustment for other measured factors.

Design and Methods: A cross-sectional survey of mothers of children educated at home. Homeschool organizations in four states (Florida, Louisiana, Mississippi, and Oregon) were asked to forward an email to their members, requesting mothers to complete an anonymous online questionnaire on the vaccination status and health outcomes of their biological children ages 6 to 12. A total of 415 mothers provided data on 666 children, of which 261 (39%) were unvaccinated. The collected data included pregnancy experiences and birth histories as well as acute and chronic conditions, medications, and the use of health services.

Quotes from independent scientists not involved in the study:

„I am delighted to see a properly analyzed study on vaccine safety“ said Dr. Lyons-Weiler, CEO and President of the Institute for Pure and Applied Knowledge.  “Unlike past studies, which ignored the interaction term, Dr. Mawson and colleagues followed appropriate steps toward interpreting the significance of the interaction between variables. The study reported a significant interaction effect between pre-term birth, and vaccination as a 6.6-fold increase in the risk of neurodevelopmental disorders.”

“This study, however, as a survey study, is potentially subject to variation due to responses from well-intended participants. The next logical step would be additional, larger studies that would try to replicate the results using electronic medical health records – by independent investigators not involved in profiting from vaccines”, said Dr. Lyons-Weiler.

„This is a long-overdue study involving a fair comparison of vaccinated vs unvaccinated children where the two subpopulations likely don’t reflect other biases, due to their being drawn from a common population of home-schooled children”, said Dr. Stephanie Seneff, Senior Research Scientist at the MIT Computer Science and Artificial Intelligence Laboratory. “The results are alarming, and it leaves no doubt that we need to seriously question whether the benefits of vaccines outweigh the risks. A much larger study to see if the results still hold up is paramount at this point.“