Replace your afternoon caffeine boost with a nap: Research shows it works just as well to improve cognitive function without the side effects 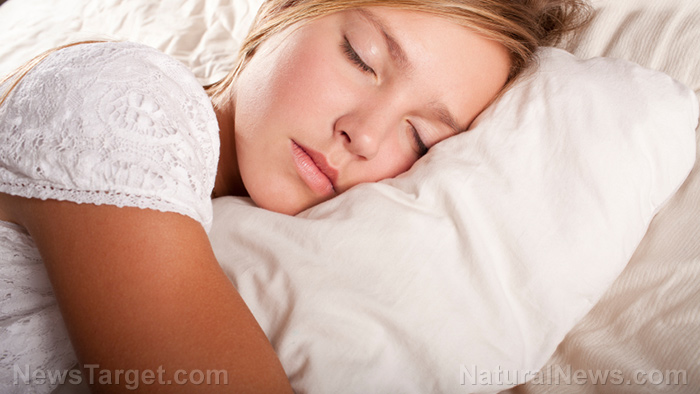 (Natural News) Get the same energy and cognitive boosts of caffeine without its side effects by taking a nap, according to a study carried out by a team of researchers from Flinders University. They found that taking naps re-energizes a person and improves cognitive function. The team also discovered that those who regularly take a nap feel more alert after doing so in the afternoon over those who only nap occasionally.

The study’s lead author Nicole Lovato wrote in The Conversation that she and her team found that around 50 percent of people report taking a nap at least once a week. She also wrote that another study discovered motor learning significantly enhanced after a short afternoon nap for regular nappers than non-nappers.

“Naps are not only beneficial because they make us feel less sleepy and more alert, but because they improve our cognitive functioning, reaction times, short-term memory and even our mood,” said Lovato.

In their study, they found that the length of the nap is equivalent to the time you will feel refreshed after waking up. Long naps of one to two hours in the afternoon will result in making you less sleepy and will require less sleep in the evening. However, this will also cause you to fall asleep longer than normal. Thus, Lovato suggested limiting your nap for around one and a half hours if you plan to stay up later than usual or if you do not mind taking more time to fall asleep at bedtime.

“This is the length of a normal sleep cycle. You will experience deep sleep for about an hour or so followed by light sleep for the last half an hour,” she said.

She also explained that sleeping for too long and missing the light sleep at the end of a nap will most likely make you feel sluggish and drowsy after waking up. Although, a drowsy feeling after a nap is temporary and will fade away after a while.

“Waking up during light sleep will leave you feeling refreshed and alert. However, waking during deep sleep will not,” Lovato explained.

Therefore, Lovato recommended having a short “power” nap of 10 to 15 minutes as it can greatly enhance alertness, cognitive performance, and mood almost instantly after waking. Moreover, its benefits usually last for a few hours. With power naps, you will not feel sluggish or drowsy after waking up because you do not enter any deep sleep within this short period. (Related: Expert recommends we take a 15-minute nap daily to function at full capacity)

Moreover, research indicates that a short nap during early-to-mid-afternoon provides the greatest recharge in comparison to naps at any other time of the day. If you are having a hard time to stay awake, taking a short nap at any time can also help you stay alert.

Maximizing the benefits of a nap

A power nap usually lasts about 10 to 15 minutes. However, sometimes a nap takes longer which results in a drowsy and sluggish feeling. To avoid this and maximize the benefits of napping, here are some tips on how to make use of your naptime.

Source: Replace your afternoon caffeine boost with a nap: Research shows it works just as well to improve cognitive function without the side effects