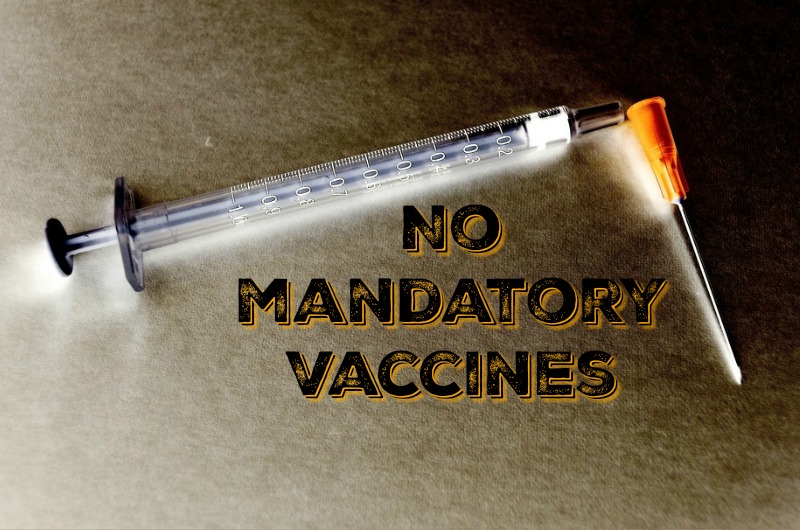 As politicians in the United States do their best to remove Americans’ freedom of choice when it comes to vaccines, Japan has medical freedom.  There are no vaccine mandates in Japan and their children are growing up healthier than ours.

Officials in California are desperately trying to take away the rights of their residents by seeking to override medical opinion about whether or not a person is fit for vaccination, while politicians in New York are mandating the measles-mumps-rubella (MMR) vaccine for 6-12-month-old infants even though that vaccine’s safety and effectiveness “has not been established.” (Link to Merck’s website – the creator of the MMR vaccine,) By Merck’s own admission, this vaccine is probably not safe, especially for infants.

Care to purposely give your 3-to-4-month-young baby gastrointestinal illness and upper-respiratory distress? Up your chances of sickening your child with these serious health crises by 40 – 60 percent, simply by getting a nurse or doctor to inject the so-called “safe and effective” MMR vaccine. Yes, the Measles, Mumps & Rubella shot, or choose any of them separate too, and the results are virtually the same.

This is according to the FDA and a vaccine trial run on American kids. A shockingly high percentage of the children tested suffered extreme illnesses just days and weeks after receiving the same vaccine New York’s Governor (Bill “Adolf” de Blasio) wants to utilize in order to force-vaccinate all the Orthodox Jews (who all know better and opt out using religious exemptions).

The insidious CDC has been fully exposed only thanks to an FOIA request (Freedom of Information Act), and now the MMR may be considered the 3rd most dangerous vaccine known to mankind, running close behind the deadly HPV vaccine and the infamously defective and mercury-laden flu jab (influenza vaccine). –Natural News

Instead of using force to vaccinate, perhaps scientists and doctors should take a quick look at what’s been going on in Japan. With a population of 127 million, Japan has the healthiest children and the very highest “healthy life expectancy” in the world. The country also boasts the least vaccinated children of any developed country. Now let’s compare the good ole USSA. The U.S. has the very highest infant mortality rate of all industrialized countries. More American children are dying at birth and in their first year of life than in any other comparable nation. Oh, and more than half of those children who do survive, develop at least one chronic illness, reported the Children’s Health Defense.

You can’t handle the truth about vaccines (Ad)

The U.S. government, in bed with Big Pharma, is sacrificing our children for profit. What you won’t hear from vaccine advocates or the mainstream media, is that Merck is in court over MMR-related fraud. Whistleblowers have alleged that the pharmaceutical giant rigged its efficacy data for the vaccine’s mumps component to ensure its continued market monopoly. The evidence has given rise to two separate court cases. In addition, a CDC whistleblower has alleged the MMR vaccine increases autism risks in some children. Others have reported that the potential risk of permanent injury from the MMR vaccine dwarfs the risks of getting measles.

All of these risks involved with getting vaccinated are being covered up by government agencies (FDA and CDC) and the politicians simply don’t care.  The vaccine industry is for profit and until safety and saving lives is more important than money, the government and Big Pharma will continue to sacrifice our children to line their own pockets.