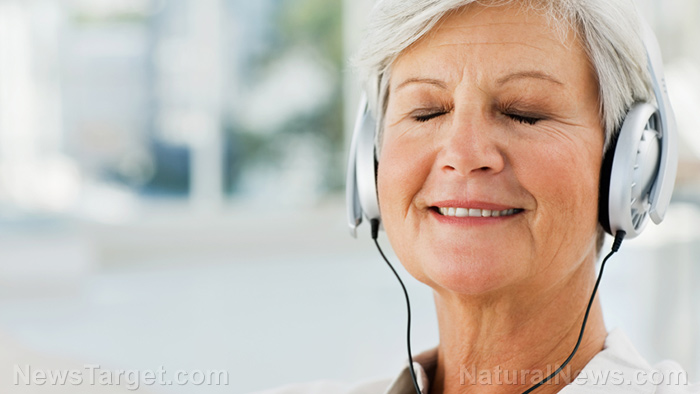 (Natural News) Music is a universal language that everyone — regardless of culture or race — can understand. Musicians claim that it allows them to communicate with people in ways that the human language does not. And while music is often associated with mood-lifting benefits, it also possesses healing properties that extends to the physical body. This is why, today, music therapy is an established health profession. In an article published in Alternative and Complementary Therapies, researchers from Ewha Woman’s University in South Korea investigated the positive effects of music therapy on terminally ill patients. They reported that this kind of complementary therapy not only helps relieve physical pain, but also improves the quality of life of patients receiving hospice care.

What is music therapy?

Since ancient times, music has been considered an effective healing art. Even great minds like Aristotle and Plato acknowledged and wrote about the beneficial effects of music on the mind and body. Music also played an important role in traditional medicine, especially those practiced by different tribes around the world. In the 1960s, many from the scientific field began demonstrating the therapeutic potential of music, and in the following decade, music began to be integrated in other forms of healing arts like yogaand meditation.

Today, music therapy is defined as the clinical and evidenced-based use of music to assist the body’s natural healing process. It is often used to address the specific needs of a patient, which include cognitive, emotional, physical, and social needs. Music therapy is administered in the presence of a qualified music therapist and can involve different activities, such as making music, singing to music, dancing to music, or simply listening to music. (Related: Five-phase music therapy based on TCM’s elements found to be safe and effective for treating depression in stroke victims.)

There are many health benefits associated with music therapy. Some of these benefits include:

Patients with terminal illnesses who are receiving hospice care tend to suffer from high psychological and emotional distress, as well as physical pain. This greatly impacts their quality of life and oftentimes aggravates their condition.

They asked the patients to participate in a structured singing program, which included breathing, humming, toning, listening to songs, and singing. To examine the patients’ psychological well-being, the researchers recorded and qualitatively analyzed their vocal and verbal responses. These included three subcategories of psychological well-being: autonomy, self-acceptance, and positive relationship.

The researchers reported that participating in a singing program resulted in positive changes in the patients’ vocal and verbal responses. It also increased their psychological well-being. Singing, in particular, gave the participants an opportunity to build a positive self-image, interact with a therapist, and develop autonomy in musical and non-musical behavior.

Based on these findings, the researchers concluded that a structured singing program designed to meet the individual needs of patients with serious conditions can help improve their psychological well-being while they receive hospice care.