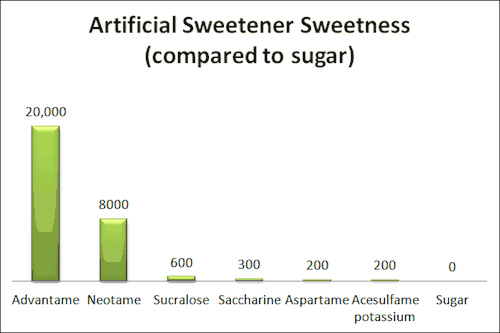 Artificial sweeteners have always been bad news for your brain. They are highly suspected of causing many serious brain health problems including memory loss, brain tumors, and Alzheimer’s.

Ironically, they aren’t making us any thinner, either!

The US Food & Drug Administration recently announced their approval of a new artificial sweetener – Advantame. Since it’s made from aspartame, there is no reason to believe this latest sweetener will be any better for your health, your waistline, or your brain.

Let’s take a look at what is known about this new “high intensity” sweetener.

Advantame is the brainchild of the Ajinomoto Group.

This Japanese company produces most of the world’s MSG and is also the major supplier of aspartame, both known neurotoxins.