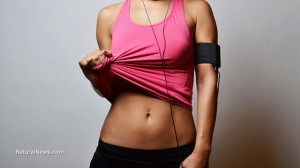 Herbs and spices have long been used to enhance the taste of foods. It is only within the past few years that researchers have discovered that these popular components of everyday life can also aid in the weight loss battle that so many people wage. Below are six of the most potent herbs and spices that have been shown to have positive effects on weight loss.

Cinnamon
In addition to boosting the metabolism – an important step in helping to lose weight as well as maintain a healthy weight – cinnamon has also been shown to be an effective regulator of blood sugar. Other benefits that have been noted in people with type 2 diabetes including a reduction in triglycerides, LDL – or bad – cholesterol and the total cholesterol levels. Additionally, the metabolism of glucose is increased by about 20 percent when cinnamon is consumed.

Turmeric
A mainstay in the cuisines of India, turmeric is the base from which a good curry is built. This yellow-orange spice contains curcumin which is one of its most studied components. Curcumin has been shown to suppress the blood vessels necessary to form fat tissue. This, in turn, may lower both weight gain and body fat.

Cumin
Useful for both energy production and digestion, cumin is also helpful for improving glycemic control when it comes to people who have type 2 diabetes. Along with its long history of medicinal uses, cumin has also been shown to provide anti-stress benefits as well as enhance memory.

Ginger
A warming spice, ginger has been shown to relax and smooth the intestinal tract. In addition, this popular spice has anti-inflammatory properties. Studies have pointed to ginger’s ability to both boost the body’s metabolism as well as suppress the appetite.

Dandelions
A plant in which every part is edible, dandelions are packed full of health benefits. They help to slow the digestive system which helps a person to feel fuller for a longer period of time. In addition to its antioxidant properties, dandelions also contain crystalline compounds that are bitter. These include taracerin, inulin, taraxacin and levulin, and are thought to be behind many of the plant’s therapeutic benefits. Dandelions contain fiber, beta carotene and vitamin K1 as well as other vitamins and minerals.

Mustard
A member of the cruciferous family of plants that also includes Brussels sprouts, cabbage and broccoli, mustard can bump a person’s metabolic rate up by 25 percent. By eating 3/5 of a teaspoon of mustard seeds on a daily basis, the body could burn 45 additional calories per hour.

The type of herbs and spices that are purchased matters a great deal. Buying organic whenever possible helps ensure that there are no harmful chemicals intermingled with them as well as ensuring the highest quality.