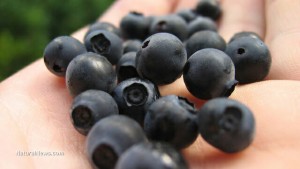 (NaturalNews) With ancient ties to North America, its no wonder that blueberries are one of America’s favorite foods. Called „star berries“ by the Native Americans for their five-point star shape, blueberries were an abundant resource, acting as a food and a medicine. The berries were dried to create a type of jerky that could be taken on long trips, similar to today’s version of fruit leather. Natives also made dye from blueberry juice, using it to paint textiles and baskets.

Native to the region, blueberries were quickly adopted by the early settlers, who relied upon them when food was scarce. Learning from the Native Americans, early colonists made gray paint out of blueberries by boiling them in milk, using it to paint their homes.

Today, blueberries are still an integral part of our diet, playing an equally important role. Blueberries offer a variety of health benefits, including improving memory, protecting the heart, assisting with digestion and reducing the risk of Alzheimer’s disease and dementia. Consuming them regularly keeps your brain sharp, and they even help shield us from the effects of toxic heavy metals.