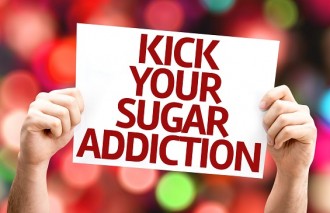 Contributing writer for Wake Up World

“Some of the largest companies are now using brain scans to study how we react neurologically to certain foods, especially to sugar. They’ve discovered that the brain lights up for sugar the same way it does for cocaine.” ~ Michael Moss, Salt Sugar Fat: How the Food Giants Hooked Us

To our ancestors, sugar was a precious commodity. Infrequently found in high concentrations in a typical ancestral diet, substances like honey and ripe fruit were seasonal treats to be savoured, as a means to gain energy and build up fat stores before winter. Today our brains are still wired to want to maximise our sugar intake, but because it is now so processed, cheap and abundant, this once beneficial substance is wreaking havoc with our health. With the average daily sugar intake in the US equalling 32 teaspoons, most people eat more sugar in a week than our ancestors would have consumed in a lifetime.

Until very recently sugar was seen as a harmless additive that made food more fun and appealing. The idea ‘a spoonful of sugar helps the medicine go down’ was a popular notion, and products aimed at children were crammed with sugar in order to make them more appetizing to young palates. Children growing up in the seventies would commonly start the morning with a bowl of cereal with an already high sugar content, and then be handed the sugar bowl so that they could sprinkle even more on top. For many, this flow of refined sugar continued throughout the day in the form of candy, sweet drinks and hidden within most processed foods.

Now that these kids raised on copious amounts of sugar are nearing middle age, we are witnessing a massive surge in serious chronic health issues that is leading experts to re-think sugar’s benign reputation. With a slew of recent studies linking sugar to obesity, type-2 diabetes, heart disease, cancer, and even psychological disturbances, our perception of sugar is finally shifting from a tasty and fun additive, to a toxic and even addictive chemical.

Sugar Addiction and the Brain

A growing body of research has demonstrated that sugar interferes with the brain’s reward processing centre in a similar way that narcotics and recreational drugs do, with sugar addicts suffering uncomfortable withdrawal symptoms when they attempt to limit their intake. In fact, one addiction study showed that 93% of animal subjects regularly chose sugar water over cocaine.

This emerging view of sugar as an addictive and dangerous substance has led researchers to investigate ways to help people curb their sugar intake in the hopes of reversing this destructive trend. Recently, Queensland University of Technology (QUT) in Australia looked at the possibility of using drugs commonly used to treat nicotine addiction as a means to assist people to improve their health by reducing their cravings for sugar. This study, published in by international research journal PLOS ONE, found that smoking cessation drugs could also be used to treat sugar addiction in animals, clearly highlighting the similarities between sugar- and narcotic-addiction in the brain.

“Excess sugar consumption has been proven to contribute directly to weight gain. It has also been shown to repeatedly elevate dopamine levels which control the brain’s reward and pleasure centres in a way that is similar to many drugs of abuse including tobacco, cocaine and morphine. After long-term consumption, this leads to the opposite, a reduction in dopamine levels. This leads to higher consumption of sugar to get the same level of reward.

“We have also found that… animals that maintain high sugar consumption… into adulthood may also face neurological and psychiatric consequences affecting mood and motivation.

“Our study found that… drugs like varenicline, a prescription medication trading as Champix which treats nicotine addiction (*), can work the same way when it comes to sugar cravings.”

“Interestingly, our study also found that artificial sweeteners such as saccharin could produce effects similar to those we obtained with table sugar, highlighting the importance of reevaluating our relationship with sweetened food per se,” said Mr Shariff.

“Like other drugs of abuse, withdrawal from chronic sucrose exposure can result in an imbalance in dopamine levels and be as difficult as going ‘cold turkey’ from them,” Professor Selena Bartlett said.

(*) It must be noted, however, that while nicotine cessation drugs used in this study were shown to be effective in helping curb sugar addiction in animals, and have undoubtedly helped many people kick their dangerous smoking habit, these drugs are known to have adverse side-effects, including nausea, dizziness, seizures, diabetes, aggression, psychosis and suicidal thoughts. 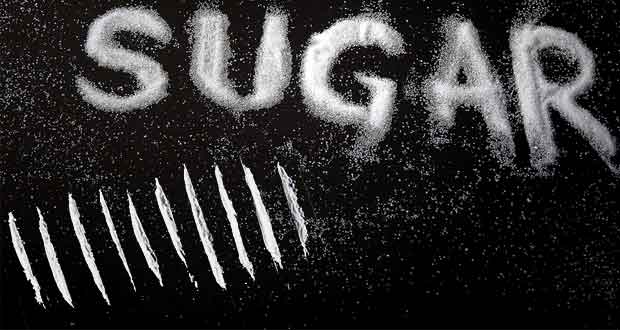 Kicking the Habit, Without the Drugs

For those that want to limit their sugar intake without the use of prescription drugs, here are some strategies that can help.

First of all it is important to remember that not all sugar is created equal. Begin by identifying and eliminating the more toxic forms of sugar which include high fructose corn syrup, white sugar, and artificial sweeteners. Though too much of any type of sugar will contribute negatively to your health, try small amounts of sugars in their natural form. Honey, rapadura, coconut flower sugar, dates and maple syrup are superior choices.

Make a point of not buying any processed treats. If you are going to consume something sweet, make it yourself. This makes it more likely that sweets are not an everyday affair and that they are made with only high quality, healthful ingredients. A quick Google search will yield a plethora of delicious desserts that can be made with minimal added sugars (or check out our recipes section on Wake Up World.)

It is also a good idea to pay attention to cravings and the time they occur. When they strike, try drinking a glass of water instead of indulging in a sweet treat. If the water doesn’t cut it, have some non-sweetened snack food like nuts and seeds handy. Try to also avoid simple carbohydrates as they are converted to sugar by the body and have a similar effect on our blood sugar levels.

Emerging research suggests we would benefit from getting the majority of our day-to-day energy needs from saturated fats, not sugar, and from eating either an early evening meal or a delayed breakfast to increase the time of our nightly fast. These two simple measures let blood-glucose concentrations fall naturally, and foster an efficient metabolism that no longer needs sugar to allow the body to function optimally in our busy modern world.

Probiotics and fermented food can also help with sugar addiction as certain bacteria thrive on sugar and, according to current research, actually have the ability to influence our brains to align our cravings with their needs. By introducing fermented foods into our diets we can gradually replace our gut bacteria with ones that support, rather than hinder, our health. Probiotic bacteria also produce effective neurotransmitters such as dopamine and serotonin in the gut, and research indicates that communication via the vagus nerve (often called the connecting mechanism of the gut/brain axis) causes the brain to function as if these important substances were in the brain. So introducing fermented foods into our diet confers a twofold advantage if we seek to reduce our sugar intake. The ‘bad’ guys are replaced, along with their ability to make us crave sugar, and the ‘good’ guys offer us all the tools we need to kick the addiction.

As for the taste factor, once we have accustomed ourselves to a reduced-sugar diet, we generally find that that we are able to appreciate subtle levels of sweetness that previously we would have been unable to detect, and food that we once thought was delicious will likely seem sickeningly sweet.

Kick the junk to the kerb. Your body will thank you. 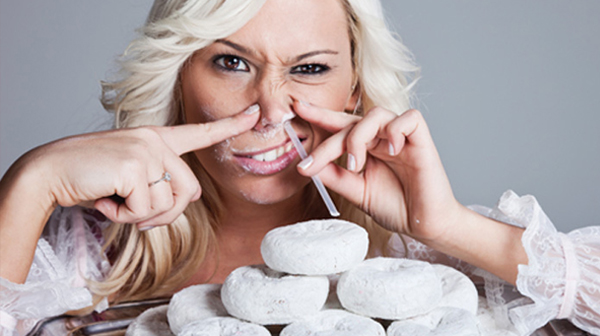