Superfit gran, 70, shows off her incredible bikini body – and puts it down to not eating sugar for almost 30 YEARS 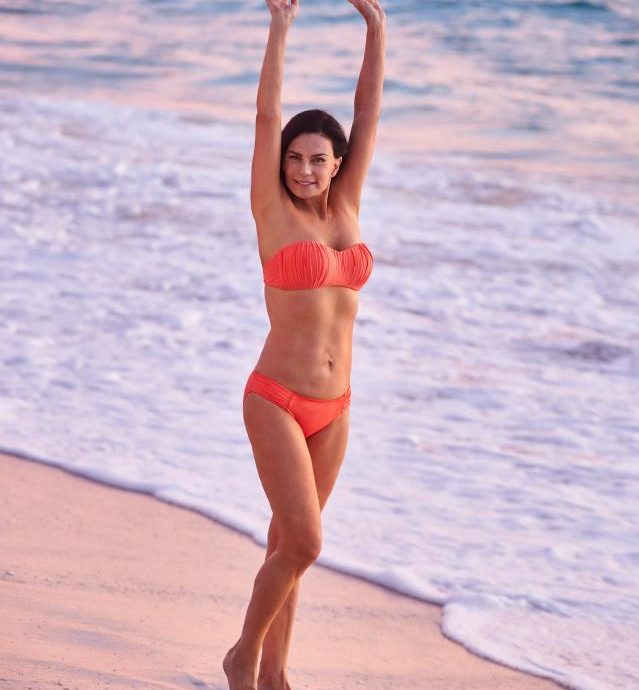 Carolyn Hartz, from Perth, Australia, also credits her youthful looks to watching portion sizes and having a ‚glass half-full‘ attitude

A STUNNING 70-year-old gran has a bikini body many women half her age would kill for – and she puts it down to giving up sugar three decades ago.

Carolyn Hartz, from Perth, Australia, stopped eating the sweet stuff after a pre-diabetes diagnosis when she was 40.

The gran-of-four and founder of SweetLife jacked in her daily cheesecake for breakfast, afternoon packet of biscuits and sweets for a year to get in control of her blood sugar.

As well as ditching sugar, Carolyn credits managing portion sizes and getting enough sleep – eight hours a night – as crucial elements to staying fit and well.

She also wears sun cream every day under her make-up and never sunbathes.

Carolyn explained: “I am very aware of the damaging effects of the sun and I had this reminder when I had a cancer removed from my nose when I was only 30.”

Previously a self-confessed “sugar addict”, now Carolyn makes sure she eats protein with every meal, especially breakfast, as it helps to curb her cravings.

She believes it is crucial not to deprive yourself of the food and drink you love, but to watch how much of it you scoff.

Carolyn told Daily Mail Australia: “We know our metabolism slows down as we get older.

“It just means we have to take control and make healthier choices, and work a little harder.

“Being mindful while you are eating is a huge factor.

“Mindless eating can lead to unnecessary weight gain. I say to my customers, ‘taste and enjoy every mouthful, it will help you slow down and you will be less likely to overeat’.”

When it comes to exercise, Carolyn does yoga three times a week and enjoys a spot of tennis – ironically she’s just hired the same coach who told her at the age of 30 that she was too old to play tennis.

She also meditates every day and goes for walks in the park with her dog and her husband of 40 years.

Carolyn admitted that she has had some cosmetic work done – but argues that’s not the secret to her looking so amazing.

She explained: “Yes I do get some maintenance done, but surgery is not the answer to a healthy well-being.”

The inspirational gran also puts her fab physique down to having a “glass half full attitude”.

“I’ve always told my three children that life is not perfect,” she told News.com.au.

“Everything won’t go the way you want it to go, but that’s fine.

“If you do have a challenge or a setback, get up. Go again. Because often that’s the universe poking you in another direction.

“I’m a great believer in one door closes and another door opens.

“I’m not saying that I’m always up. No, I have my hard times as well, but the secret is the glass is half full. Get up and go again.”

Carolyn’s search for guilt-free indulging eventually led her to becoming an entrepreneur at the age of 55 when she opened SweetLife.

The company distributes a sugar alternative called Xylitol, which can be found in berries and some vegetables.

She said: “I went back to all my favourite recipes, like lemon butter cake, jams, sauces, meringue — all those things that I love — and changed what was in them to be sugar-free.”

In October we told how a bikini clad 70-year-old showed off her muscles after training six days a week for a bodybuilding competition… which she won.

Earlier this month we reported how a 49-year-old mum looks so hot people think she’s her son’s GIRLFRIEND.

Source: Superfit gran, 70, shows off her incredible bikini body – and puts it down to not eating sugar for almost 30 YEARS