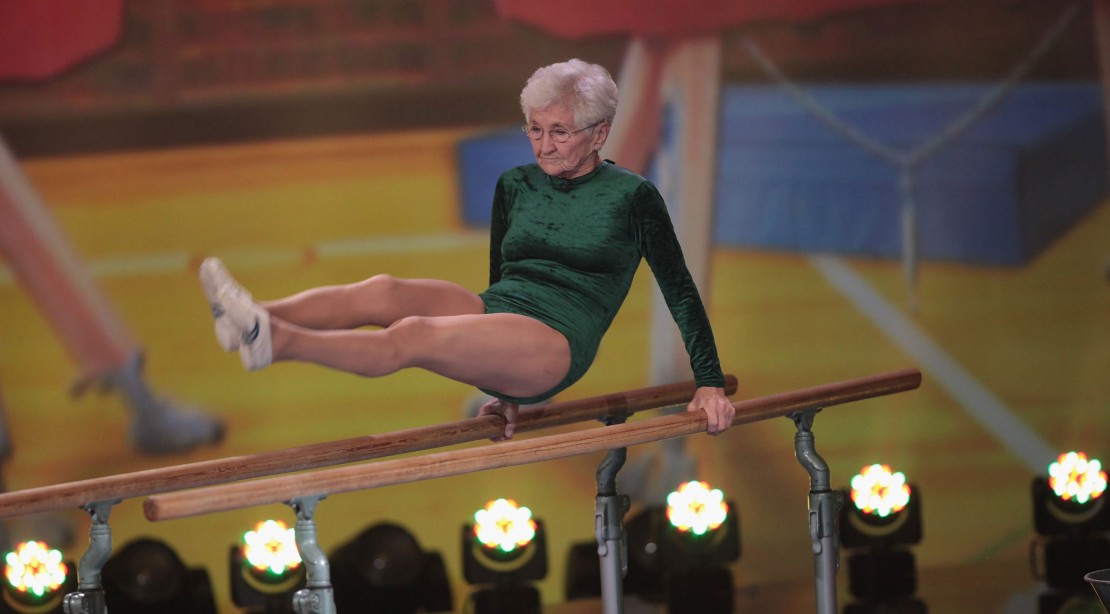 Johanna Quaas is the oldest gymnast in the world, and she’s definitely still got it.

Johanna Quaas is far from your average grandma.

The lifelong German gymnast, 91, is still active, making her the oldest gymnast in the world as far as Guinness World Records is concerned. She set the record in 2012 (when she was 86) with a floor-and-beam routine on the set of Lo Show dei Record in Rome.

She’s gone viral recently, wowing people with her impressive routines and proving that you’re never too old to stay in tip-top shape.

Check out the inspirational gymnast’s routine below:

Source: THIS 91-YEAR-OLD GYMNAST PROVES THAT AGE IS JUST A NUMBER