The Science Behind Why „I Think I Can“ Actually Works 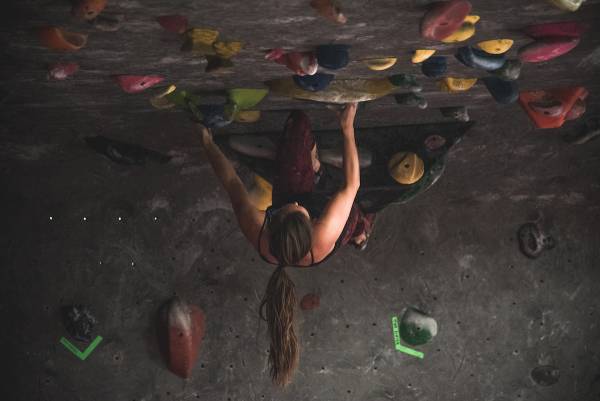 Your brain’s number one priority is self-preservation. If it doesn’t function your body dies. So above all else, it prioritizes it’s own protection. Your brain knows what it needs (and doesn’t need):

As you can see running a sub three-hour marathon doesn’t appear in this list.

The brain subconsciously uses a number of pathways including the sympathetic nervous system (the „fight or flight“ system) to enforce these priorities. Two pathways that are of interest from an endurance and athletic performance perspective are the vagus and golgi nerve pathways.

When the brain senses (or more importantly „believes“) it is at risk – through, for example, decreased oxygen in the blood – it will decrease cardiac rate, essentially slowing us down so that more oxygen and blood glucose is available to the brain rather than the muscles. Basically, our brain slows us down whether we like it or not.

Interestingly, your brain will also produce serotonin when your body works hard. But this „runner’s high“ isn’t actually meant as a reward; it is our brain’s way of trying to relax us so as not to work so hard.

The golgi nerve controls the maximum contractional force of a muscle. Ever heard stories of people who never went to the gym becoming trapped under a car and suddenly lift a 100kg engine block off their chest? They tear muscles doing it. When this happens, the brain (survival mechanism) is overriding the golgi nerve.

As a personal trainer, I used to see this a lot. A client would struggle to do eight bench press reps and then quit. So, I’d say, „Let’s do four more. I’ll lift the weight off you, and you just lower it.“ And then that’s is exactly what we would do – four more reps. Except I wasn’t lifting it off, and sometimes I wouldn’t even be touching the bar. But the brain was placated. It no longer felt at risk due to a bar being dropped on its blood supply (heart) or crushing its air supply, so the client’s muscles were allowed to do the work.

Another example: ever tried standing in front of a box and you really want to jump onto it, but something stops you? You squat down a bit, but physically can’t jump? That’s your brain stopping your muscles from contracting in order to protect itself from possible trauma.

It is pretty clear how this applies to endurance sports. In simple terms, if our brain doesn’t believe we can do something and thinks it is at risk, then it will slow us down and make us less powerful.

So how do you overcome the parasympathetic nervous system? Is it as simple as just being like the Little Engine and saying, „I think I can“? No, although that doesn’t hurt. Saying something doesn’t mean you believe it, and frankly, your brain has no reason to trust you. You need to convince your brain that it is safe.

Here are three tools you can use to retrain your brain and push past your current limits:

I like the quotation from the Spinervals guy (who also did a sub-nine Ironman at Kona) Troy Jacobson: „You pass out before you die.“ It is often said that endurance sports are 70% mental. As you can now see, this is medically true. Training the parasympathetic nerve pathways can improve our performance more than hours and hours of comfort zone training.

Source: The Science Behind Why „I Think I Can“ Actually Works