Meet the Hunza People- the Healthiest people on Earth 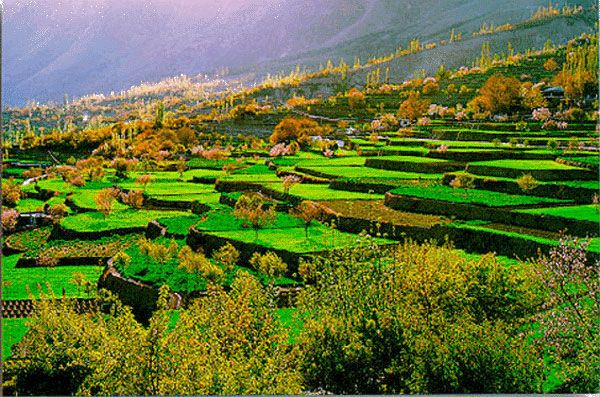 Eternal life is our obsession from the first days of humanity. The oldest literal text that we know up to date, Ep of Gilgamesh, for the subject has a story of the search for immortality. Some millenniums passed but we haven’t achieved our goal. For true, life expectancy these days is much longer than it was before. Nowadays doctors and nutritionists are proposing new, healthier ways of life and diet in order to improve our health. But we live in the fast world of business, chemistry and GMO food, way long from nature that provides us real health.
This is Story about Hunza people, the healthiest people on earth! Hunza people live in Hunza river valley, in today’s Pakistan, on the elevation of 2590m, surrounded by large mountains and almost isolated from the world. They are also known as Huznakuts, their language is very different than other languages in the region and it is assumed that is a mixture of Ancient Macedonian and some languages from Persian empire. Local legends say that Hunza people are decedents from an army of Alexander the Great. For centuries Hunza people lived in an independent, small monarchy that was ruled by a ruler with the title of Mir. First reports to the Europeans came from British garrison who had been investigating Hunza Valley in the 1870s. They were described as a great-health, long-lived people with brighter skin than their neighbor tribes. The population was estimated about 8 000.

World interest in Hunza people started In the middle of 20th century. The scientists were interested in those mysterious people and wanted to reveal their secrets of long and healthy life, so they started investigating their way of life, their culture, habits, and habitat.

Hunza Walley is not very rich with natural resources, so animal and plant life are limited, and people had to put on great efforts to provide food and crops. Their terraced gardens that are going to 50 level high are a very interesting way of providing enough space on a scanty area. Hunza people do not suffer modern day diseases like cancer, they somehow have natural defense system from heart diseases, diabetes… Their life time goes up to 120 years old, It’s not a rare case that their women are giving birth in the70s and 80s. Among ages, they keep their vitality, health, and strength. While I am writing this, to me, it looks like a fairytale, but it is not, it’s a real life!

Hunza people eat only twice a day, rich breakfast early in the morning and dinner after the sunset.
Their diet is mostly made of raw fruits ( apples, blackberries, cherries, pears, peaches, and apricots), vegetables ( potatoes, carrots, turnips, squash); Nuts, like hazelnuts, almonds and their oil derivatives; Milk, yogurt and cheese, and not too much meat. They also drink large amounts of pure mineral-rich glacial water and very little of anything else.
There is one unique part of their diet- apricot seed. They eat it in a large amount. Sead is rich with vitamins b17 and b20 and it is supposed that their intake of those vitamins is 200 times larger than average American. According to research apricots of Hunza Valley are said to be the key behind the absence of tumors. They also have one period of the year, usually, from two to four months they only live on the apricot juice.
Their lifestyle demands a lot of work in the field, so they are almost physically active whole day. Also, they are great in Joga, and some of them are real masters of meditation.
Their philosophy of life is very simple. Yesterday has already passed, and tomorrow is still to come, so they enjoy living in present. There is a lot of things that we can adopt from them. Stress, unhealthy way of life, physical inactivity, obesity are common in today’s world. It is time to stop for a second and to look around us. There is nothing more important than us and health is our greatest treasure.

Source: Meet the Hunza People- the Healthiest people on Earth