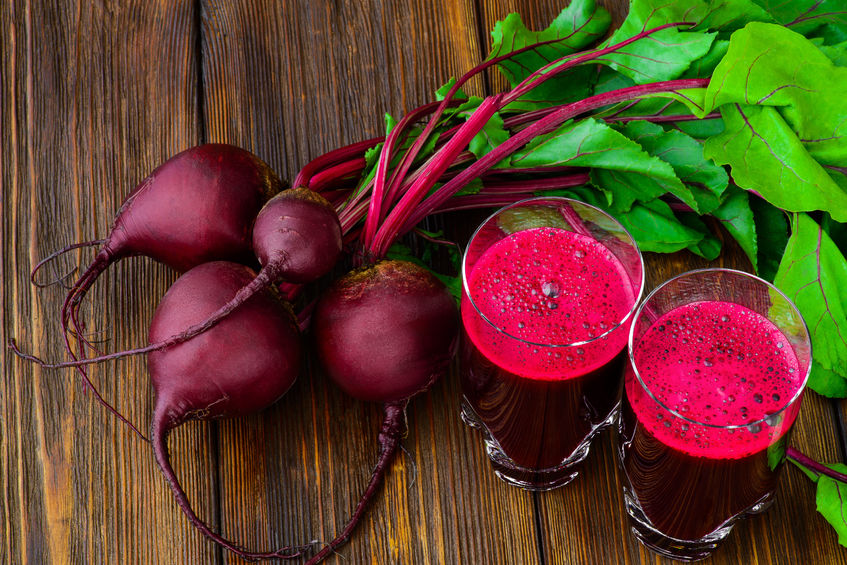 Beets have always been and remain one of the world’s most underutilized ’super foods‘ with a number of powerful, evidence-based health benefits.

In an era where clever marketing has transformed exotic berries, tubers and plant extracts from geographically distant regions into „super foods,“ ostensibly better (and that much more expensive!) than culinary standards found at your local supermarket, e.g. garlic, onion, and kale, we should be reminded that the true nutritional super heroes are too busy performing anonymous feats of healing to garnish that kind of attention.

Which leads us to beets. Anything we can eat that bleeds as red and readily as the beet deserves our immediate respect.  In fact, this vegetable often leaves a veritable crime scene behind it, converting a spotless kitchen counter into a nutrient-dense blood bath in a matter of minutes.  There is ancient wisdom buried in the ‚doctrine of signatures‘ that reveals itself so bloodily in the beet: it nourishes our blood and circulatory system. Indeed, thanks to the burgeoning growth of food science on the topic, we now know that beets are one of Nature’s finest cardiovascular tonics…

A 2008 study published in the journal Hypertension found that beets contain pharmacologically significant quantities of blood vessel dilating nitrate. Three hours after ingesting 500 ml of beet juice study subjects experience a significant drop in blood pressure that could be directly correlated with increased plasma nitrate concentrations.[i] As endothelial dysfunction, or the inability of the blood vessels to dilate fully, is considered the ‚canary in the trousers,‘ beets‘ legendary ability in ancient times to enhance virility and act as an aphrodisiac now makes perfect scientific sense.

But beets don’t just increase cardiovascular and ‚bedroom‘ performance but athletic performance as well.  In 2009, a study published in the Journal of Applied Physiology found that dietary nitrate supplementation in the form of beetroot juice reduced the oxygen cost of submaximal exercise and enhanced the tolerance to high-intensity exercise.[ii]

A follow up study published in the same journal in 2010 found that nitrate-rich beetroot juice also enhances muscle contractile efficiency during knee-extensor exercise in humans.[iii] The researchers hypothesized that the observed beneficial effect may be due to a reduced ATP cost of muscle force production. Consider that beets ‚live‘ in the dirt, a place full of microbes which love a free meal. This means that nature has equipped the plant with natural defenses. No wonder that beet has been found to fight off the following infectious organisms:

Undoubtedly, future research will find beet to have a wider range of antimicrobial applications. But beet’s powers don’t end there.  Other already researched properties include:

Beets, of course, have basic nutritional gifts to offer in addition to their aforementioned medicinal properties. They contain exceptionally high levels of folate at 148 mcg or 37% the Daily Value in just a one cup serving. They also sport an impressive 6.7 mg or 11% Daily Value of vitamin C, keeping in mind that vitamin C activity expressed through food its very different that isolate, semi-synthetic ascorbic acid; in other words, that 6.7 mg is worth far more than the story of molecular weight alone can tell.  Another way to understand this is if you take a nutrient out of its natural context as a whole food, it behaves less like a nutrient and more like a chemical. For more information consult contributing writer Dr. Vic Shayne’s excellent book: Whole Food Nutrition: The Missing Link in Vitamin Therapy.

For a full list of beet’s nutritional components visit Nutritiondata.com’s page on beets here. For a full list of beet’s therapeutic properties on GreenMedinfo.com visit our Beet Health Benefits page. Finally, for those looking for beet recipes visit the FoodNetwork’s page on the topic, remembering to substitute organic versions of the ingredients listed whenever possible.