Another reason to work out: Women who are physically fit in middle age reduce risk of dementia by 90% 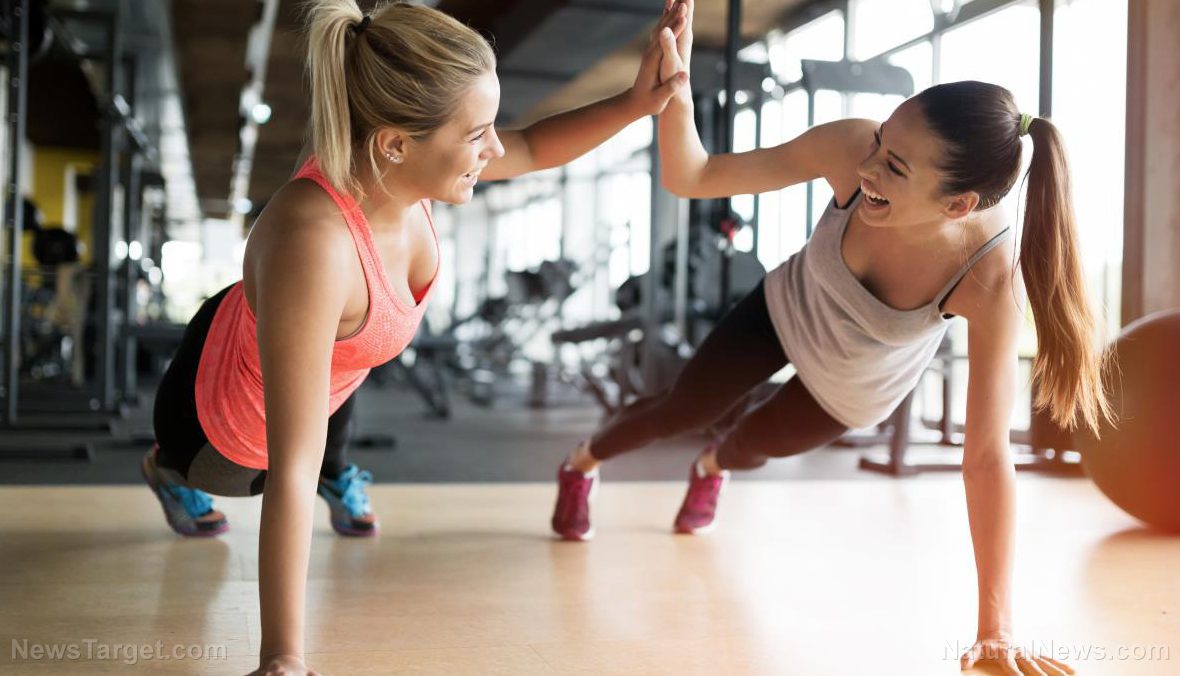 Physical exercise takes hard work, but the results are worth it. Not only will it give you a fit physique, but it also helps prevent many health issues, including dementia. Now a recent study published in the medical journal Neurology focused on how physical fitness may protect middle-aged womenagainst cognitive decline.

The study, spearheaded by Helena Hörder, Ph.D., of the University of Gothenburg in Sweden, found that “women with high physical fitness at middle age were nearly 90 percent less likely to develop dementia decades later,” reported a Newswise article.

The study measured 191 women with an average age of 50 for their peak cardiovascular capacity. The women were subjected to a bicycle exercise test until they were exhausted. The average peak workload was measured at 103 watts.

A total of 40 women met the criteria for a high fitness level, which is equivalent to 120 watts or higher, while 92 women were in the medium fitness category. Meanwhile, 59 women were categorized in the low fitness level, which is a peak workload of 80 watts or less. The participants under this category had their exercise tests stopped because of high blood pressure, chest pain, or other cardiovascular issues.

The study continued over the next 44 years, where the female participants were tested for dementia six times.

A total of 44 women were found to have developed dementia, 32 percent of which were those with low fitness levels, compared to 25 percent of moderately fit women. Meanwhile, only five percent from the group of participants were highly fit women.

“These findings are exciting because it’s possible that improving people’s cardiovascular fitness in middle age could delay or even prevent them from developing dementia,” Hörder said. “This indicates that negative cardiovascular processes may be happening in midlife that could increase the risk of dementia much later in life.”

However, the study only featured women from Sweden, which limited the findings to be applicable to only a small number of women. Moreover, the participant’s fitness levels were measured only once, so any changes in fitness routines over time were not recorded.

In addition, Hörder posited that while the study showed an association between cardiovascular fitness and dementia, further studies are needed to show a concrete cause and effect relationship to better determine “if improved fitness could have a positive effect on the risk of dementia and also to look at when during a lifetime a high fitness level is most important.”

Another study explored how exercise influences brain metabolism, and found that it prevented the increase of cerebral choline. High levels of this metabolite may result in loss of nerve cells, which typically occurs in Alzheimer’s disease. Physical activity was found to stabilize choline levels and helped increase the participants’ cardiac efficiency. (Related: Researchers have figured out how physical exercise prevents dementia and protects the brain.)

Source: Another reason to work out: Women who are physically fit in middle age reduce risk of dementia by 90%