How To Age Gracefully 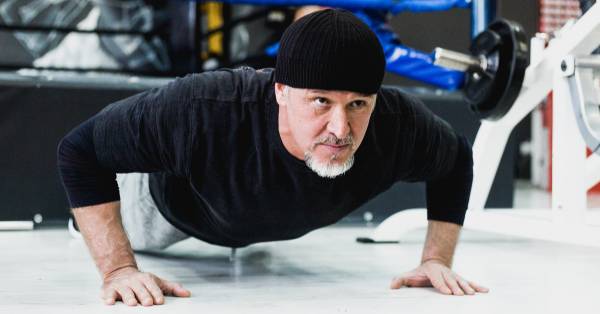 I started boxing in my early 30’s. I fell in love with the rhythm, intensity, and aura of the ‘sweet science.’ Most the guys I boxed with were in their teens or twenties, but as a fitness fanatic, I figured I could keep up because kept myself in great shape. Besides, I thought, a lot of young guys don’t take care of themselves, eat terribly, and party a lot.

I knew that while I couldn’t control how much tread was on the tires, I could control how fast and aggressively I was driving. But aggressive ‘driving’ (i.e. continuous, hard training) had a downside. By the time I hit 40 I had more injuries, bumps, and bruises than I could count—among my setbacks were rotator cuff surgery, two ruptured eardrums, and chronic lower back and knee issues. In response, I decided to drive even faster and harder.

Such aggressiveness might pay off in the boxing ring but it didn’t pay dividends for my aging and ailing body. With the prospect of breakdown lurking around every corner, I tried every avenue available to keep me pushing faster and harder—fad diets, juicing, supplements, chiropractic care, massage, sports recovery, and acupuncture. But regardless of the avenue of training or recovery method I chose, I seemed to end right back where I started—jacked up. One day, a practitioner said some words to me that I will never forget as long as I live, “Eric, you can either age gracefully, or you can age foolishly, the choice is yours.” The statement hit me across the head like a jarring left hook.

Yet as much power as words can have, I still didn’t quite fully absorb the message (most of us don’t learn life’s lessons until we hit our proverbial bottom). Shortly after turning 41, a severe bout of sciatica stopped me cold in my tracks. My mind still wanted to push, but my body had other ideas. The jig was up—it was time to learn to age gracefully. Since then, here’s what I have learned about putting graceful aging into practice.

Step One: Surrender and Accept

You cannot possibly win this one. There are many victories to be had on the journey of life, but eternal youth is not one of them. As a piece of matter, your body follows the following cycle: introduction, growth, maturity, and decline. The laws of physics dictate that no material organism escapes this process. Our job is to make the most of every microcycle and season to enjoy a robust and healthy macrocycle. That means surrendering to the facts of life and aging with grace.

Though surrender tends to have a negative cultural connotation, inner surrender takes courage and the willingness to grapple with the truth. Real surrender is not synonymous with quitting but instead with acceptance and maturity. When we simply push harder and harder to try and beat the clock, or try and run faster than our age, what we’re really saying is that we are afraid to die.

The fear of death and its close cousin, the ‘fear of getting old’ are fears that all of us wrestle with. But throwing a tantrum, wishing you were living in your youthful past, or reacting with arrogance ironically only speeds up the aging process. Conversely, when you build a foundation on acceptance it allows for you to make the most of every moment and fully experience the current chapter versus ruminating over what might happen to your body in the future. Seeing the truth and letting go of false expectations will not only help you build a realistic and resilient present, it will also make you happier.

Step Two: Plan a Circle, Not an End Point

While short-term success may be predicated on the completion of achievable goals, success in life isn’t about the false notion of continuous advancement, but about maximizing each stage of the cycle. Over 50% of new exercisers quit within the first six months because they plan for an end point without a „then what.“ Sticking with fitness becomes a daunting task when novelties wear off, progress slows, and goals become harder to reach.

When you focus purely on continuous advancement and the next goal, you set yourself up to fail in the long run. Conversely, a regimen based on the ebb and flow of a well-planned cycle maximizes both growth and recovery. Athletes know this process as periodization and follow a strict but fluid plan accordingly. Every athlete knows deep down that someday their career will end. Those that practice self-awareness reinvent themselves in their next chapters as masters, coaches, or participants in a new sport. Our approach in fitness should be no different.

As one ages, the necessity for a well-constructed plan for both training and resting becomes more and more essential. As important as the miles, reps, and sets are, off days and active recovery are equally vital considerations. In the second half, recovery is no longer an afterthought or something done in response to soreness or injury, but a baked in part of the plan.

As yoga practitioners and Qigong masters know, proficiency of movement can be mastered at any age. One of the great things about crafts like yoga or the marital arts is the focus on honing the skills of energy and breath juxtaposed with efficiency of movement. Such a practice takes focus and awareness, but not necessarily the vitality of youth.

While it is possible to slow the effects of material decay, it is not possible to stop or reverse them. Strength and power requires youthful exuberance, but the qualities of grace and rhythm aren’t necessarily limited by the confines of age. While you can’t stop gravity from taking its toll on your musculature, you can improve how well you stand up from a seated position whether you’re 18 or 80. Furthermore, while focusing on appearance won’t help you live longer, focusing on function just might.

Studies show that happiness dips during middle age but peaks as we grow into old age. Despite the wrinkles, gray hair, and sagging skin, seniors tend to actually be happier than their physically beautiful and youthful counterparts. How is that possible? Maybe it is because as we slow down we start noticing the more important things. When we stop obsessing over how we look and worrying constantly about what others think, we open ourselves to the possibility of awe and wonder. Another way to think about it is that as we mature, we lose the battle (of peak physicality and keeping up with the Joneses) but we win the war (of letting go of ego and living authentically).

Ultimately, the acceptance of change is the only way we grow, even if that growth is spiritual or emotional while facing physical decline. As was it was poetically brought to my attention years ago, when it comes to aging, there are two types of people—those that lead with ego and arrogance, and those that lead with selfless humility. Having been in both camps, I can attest to the pratfalls of the former and the benefits of the latter. The bottom line is that getting older doesn’t have to equal being fragile, but it should equal being humble.

Source: How To Age Gracefully