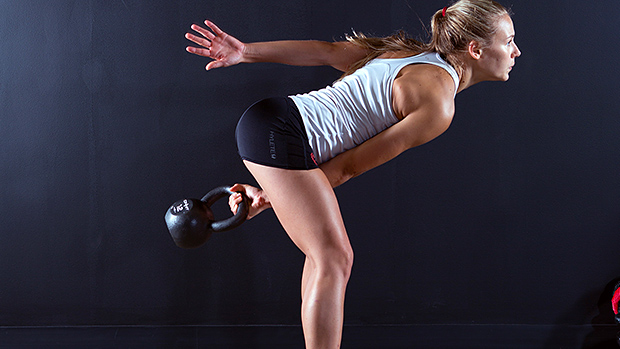 This training method burns a whopping 400 calories in just 20 minutes. Check it out

So one day you woke up and discovered that the carb monster has surreptitiously absconded with your abs. Pffft! Gone. Left in their place is a fleshy version of Nebraska terrain – smooth, featureless. If you were driving a tiny car across it, you’d eventually fall asleep from boredom and not wake up until you crashed into the base of Devil’s Tower in nearby fleshy Wyoming.

If you’re like most people, you try to get your abs back by doing cardio or stuff that makes you huff and puff and sweat. The trouble is, that’s the wrong way to go about it.

Consider that biking for a half hour burns about 150 calories, or that even high-intensity stuff like hiking uphill, playing some serious b-ball, or even heavy weightlifting only burns about 220 calories in the same time frame. Even if you did an hour of any of those activities a day, you’d only burn about a half pound of fat a week. No, when it comes to burning fat, you’re far better off restricting your eating.

However, there seems to be one physical activity that’s an exception to the rule. It seems that kettlebells, used in a particular way at least, can burn an amazing 400 calories in just 20 minutes.

A couple of sports scientists from the University of Wisconsin wanted to see how many calories one-arm kettlebell snatches would burn, so they devised a formula and protocol.

Based on their use of oxygen, the trainees burned 13.6 calories (kilocalories, to be technically correct) every minute, but they also measured their blood lactate levels and found they were burning an additional 6.6 calories per minute.

„So they were burning at least 20.2 calories per minute, which is off the charts,“ exclaimed one of the researchers. „That’s equivalent to running at a 6-minute mile pace. The only other thing I could find that burns that many calories is cross country skiing uphill at a fast pace.“

Clearly, if reacquiring your abs is your priority, combining this 20-minute kettlebell protocol with some degree of calorie deprivation is the quickest way to go about it. However, you probably don’t need to get hung up on the exact formula and the exact number of swings you need to do per 15-second period. Your body will tell you if you’re busting your ass enough.