The Kettlebell 6 – Teach Yourself The Fundamentals 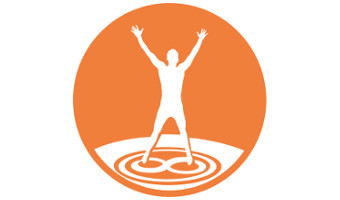 There are 6 tutorial videos in the Kettelbell Basics Tutorial Series here. They will cover all the fundamentals of movement that you need to begin, reshape, or refresh your kettlebell practice. The videos are free but do require you to register to use. We suggest you follow them in the order below, but as you develop your proficiency, you will be able to return to any of these videos when you need to renew your work on a particular movement.

So, each tutorial can stand alone or as part of a progression. However, I do suggest that working with a coach in-person will always provide the best and safest results. Nevertheless, you can accomplish a lot if you dig into the detailed instruction and demonstrations in these videos. Just remember that you are different and your movement patterns will not be identical to mine. Pay attention to the verbal cues and the sensations of each movement. Be honest with yourself. You’re not competing with anyone but learning and adapting the knowledge you gain in the best way possible for your own training.

The video, shown at the top of this page, gives a comprehensive tutorial on mastering the swing. It begins with drills to learn the hip hinge, moves into progressions to learn the kettlebell swing, then outlines common errors and specific drills to remedy them.

For all six videos, go to Kettlebell Basics Tutorial here.

2. The One Arm Swing

Other than the fundamental, two-handed swing, all other kettlebell movements use only a single hand. This tutorial discusses how to properly transition to swinging with one arm. This opens up a world of training possibilities as nearly every movement to follow is built upon the single-arm swing.

Your primary goal when swinging single-handed should be to resist twisting. Your hinge and body positions should look as close to two-handed swings as possible. This video builds on the two-handed swing tutorial. Be sure to watch and perform those movements before beginning here.

Go to The Kettlebell One Arm Swing Tutorial here.

The kettlebell clean is not only an expression of a strong mastery of both the swing and one arm swing but acts as a bridge to open up all forms of upper body and overhead kettlebell training.

The kettlebell community has a euphemism that “your press is only as strong as your clean.” Cleaning the kettlebell smoothly into the proper rack position allows you to fully express your pressing strength. Cleans are just as important as the overhead movements to follow.

The clean is also so much more than a transitional or set-up movement. Cleans alone require heavy shoulder and lat activation to return to a proper hinge position.

This video tutorial demonstrates the proper clean technique with drills to develop it, as well as ways to avoid the common pitfalls. Be sure to watch and perform the drills in both the swing and one arm swing tutorials, as they will provide a solid foundation from which to learn the clean.

While appearing simple, the kettlebell press requires attention to several fine points to perform optimally. This tutorial (and this article I wrote about strength and the kettlebell press) will help you develop an efficient press so that you’ll press your strongest and glean maximal benefit from your press training.

We’ll begin by honing your press form, from with the front rack starting position through the whole range of motion. Then we’ll develop tools to create maximal tension so that you can press to your limit.

Be sure to watch and perform the drills in both the tutorials for the swing as they will provide a solid foundation from which to learn the press.

The kettlebell snatch remains a favorite for many kettlebell enthusiasts. It is not only a fun and dynamic movement but also demonstrates strength and proficiency with a kettlebell.

Simply put, you cannot hide when snatching. Any inefficiencies or weaknesses become immediately apparent as you’ll exhaust yourself quickly. However, with a focus on several simple yet paramount form cues, your previous kettlebell practice leads directly into snatching well.

This video tutorial focuses on connecting this prior experience into an awesome snatch while helping you avoid common errors along the way.

6. The Turkish Get Up

While the Turkish Get Up (TGU) does not closely link to other kettlebell movements it is perhaps the most important movement to know and perform well. Read this article on making the Turkish Get Up Your Best Movement for more background. It serves your regimen as everything from a perfect warm-up to invigorate your entire system to high-end core and stability work.

Despite its amazing benefit to simplicity ratio, many athletes fail to glean maximal results from their get-ups. A few simple tweaks can keep you moving on the most efficient path.

A proper get-up is built in layers. Each phase depends on positioning from the previous step. This tutorial demonstrates proper positions and methods for avoiding common missteps.

Go to The Turkish Get Up Tutorial here.

Source: The Kettlebell 6 – Teach Yourself The Fundamentals