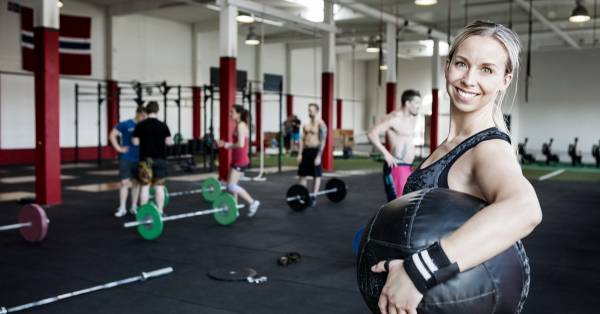 The largest observational study of its kind, published in The Lancet Psychiatry journal1, found that people who exercise report having 1.5 fewer days of poor mental health compared to people who do not exercise. The study of 1.2 million people in the USA also found that team sports, cycling, aerobics and going to the gym are associated with the biggest reductions. The reduction is a significant 43.2% for people who reported exercising over those who didn’t.

First, a few provisos: this is a study where the participants self-reported meaning that they provided the information based on the questions asked by the researchers. So, as a result, there is no established cause and effect here, meaning it doesn’t prove that exercise cures mental health. Which takes us to another point: mental health issues are varied and complex in range and assessment. Depression is the leading cause of disability worldwide but we also have a range of other mental health issues that have been shown to benefit from exercise, such as exercise therapy for schizophrenia. This study doesn’t really break down into granular data points and we shouldn’t assume that exercise is a happy pill that is easily digested.

So, what are we really saying here? We could be saying that people who exercise are generally happier. We could also say that you have to be motivated to exercise and often people with depression lack the drive and the energy to do anything, let alone cycle, for instance.

Happy Exercise Activities and Unhappy Ones

As the study concluded, all exercise types were associated with a lower mental health burden, here determined to be a reduction in days feeling bad, between 11.8% and 22.3%. However the largest association between the feel-good crowd and activity was seen in popular team sports (22.3% lower instances of feel bad days), cycling (21.6% lower), and aerobic and gym activities (20.1% lower). The assumption was that an average of 3-5 exercise sessions a week of around 45 minutes was a pretty healthy place to be.

However, once the volume of exercise went over a certain amount, the feel-good benefits seemed to suffer.

„Previously, people have believed that the more exercise you do, the better your mental health, but our study suggests that this is not the case. Doing exercise more than 23 times a month, or exercising for longer than 90-minute sessions is associated with worse mental health,“ said Dr. Adam Chekroud, Assistant Professor of Psychiatry at Yale University, and Chief Scientist at Spring Health, USA.

Generally, the findings are consistent with what you would expect. Social, team activities and moderate commitments to exercise time produced the best results. Even completing household chores was associated with an improvement (reduction in poor mental health days of around 10%, or around half a day less each month).

And finally, mindfulness. You hear a lot about it, not everyone buys into it, but there is an association between the mental health burden and mindfulness activities, too. Yoga and Tai Chi lowered the mental health burden by 22.9% compared to not exercising and walking by 17.4%. There’s a lot to be said for planning your life around finding that 30-60 minutes you need a few days a week to confirm your own mental well-being. There’s even research on people on anti-depressants augmented with exercise, showing them to function better with exercise than without. The least we can take away from this study is there are no simple answers to life’s problems just the small steps you take to keep moving in the right direction.