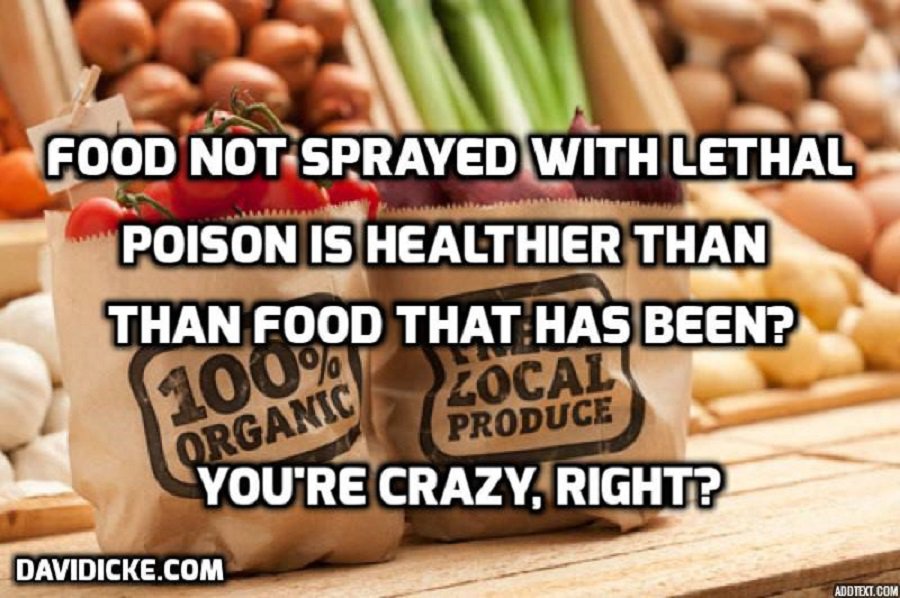 ‚Cutting out pesticides by eating only organic food could slash your cancer risk by up to 86 percent, a new study claims.

The biggest impact was seen on non-Hodgkin’s lymphoma risk, which plummeted among those who shunned chemical-sprayed food, according to the survey of nearly 70,000 French adults.

Overall, organic eaters were 25 percent less likely to develop any cancer, and their risks of skin and breast cancers dropped by a third.

The finding comes amid a flurry of interest in the cancer risks of pesticides, spurred by this summer’s Monsanto trial, when a jury awarded a cancer-suffering groundsman $250 million after concluding that Roundup weedkiller caused his cancer.

The health benefit was far greater for obese people, they found.

However, the diet had no significant effect on bowel cancer – which is soaring in numbers globally – or prostate cancer.

‚Our results indicate that higher organic food consumption is associated with a reduction in the risk of overall cancer,‘ lead author Dr Julia Baudry of the Centre of Research in Epidemiology and Statistics Sorbonne, Paris said.

‚We observed reduced risks for specific cancer sites – postmenopausal breast cancer, non-Hodgkin’s lymphoma, and all lymphomas – among individuals with a higher frequency of organic food consumption.

‚Although our findings need to be confirmed, promoting organic food consumption in the general population could be a promising preventive strategy against cancer.‘

Organic food standards do not allow the use of synthetic fertilizers, pesticides, and genetically modified organisms and restrict the use of veterinary medications.‘