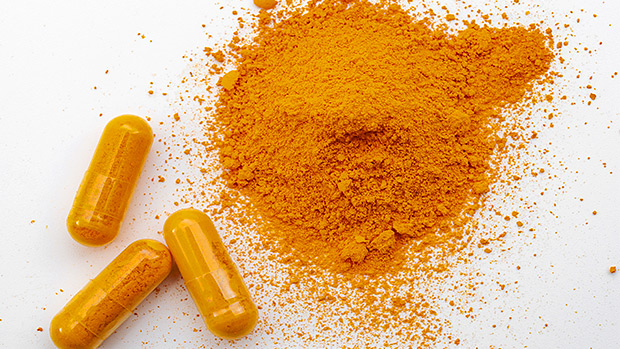 I’m trying to figure out why some people still aren’t taking curcumin. The only reasons I can come up with are that maybe their testosterone levels and sperm quality are irreproachable and they don’t need any help modulating their estrogen receptors, thank you.

It could also be that that their cardiovascular systems are rock-bottomed and copper sheathed, invulnerable to disease or dietary assault.

Maybe they’ve never had an achy joint, or couldn’t care less about how curcumin may prevent baby fat cells (pre-adipocytes) from developing into fat, old, sit-on-the-couch-all-day mature adipocytes, or how it even provokes some of those fat cells to commit cellular „suicide,“ otherwise known as apoptosis.

They might not even care about how it activates various components of their immune system so that they become a viral, fungal, and bacterial killing machine.

Okay. I get it. These curcumin non-users either don’t care about their overall health, are superhuman, or they’ve just got supplement inertia. They’ve been burned so many times before that it would take personal testimonies from Gandhi and Mother Theresa to convince them and they’re both dead.

So it makes sense. Kind of.

But then I read this new study, a review that collectively looks at all the curcumin studies as they relate to working out, and I thought that this, finally, will convince some of the stragglers that they need to be taking curcumin.

The study I alluded to is titled „Effects of curcumin supplementation on sport and physical exercise: a systematic review.“ In it, Brazilian researchers detailed their comprehensive literature search for applicable curcumin studies.

The researchers weren’t interested in studies involving animals, old people, or anything to do with osteoarthritis, depression, cardiovascular disease, or cancer, thank you.

They also excluded studies that were done in vitro, had sponsors with conflicts of interest, or didn’t pertain to their area of interest. All they wanted to know was how the yellowish-orange polyphenol affects human performance.

Their search terms netted 346 studies, of which 11 fit all of their comprehensive eligibility data. The studies chosen used dosages of curcumin between 0.01 grams to 6 grams a day, either administered in isolation or combined with something to increase its absorption (e.g., piperine, a black pepper extract).

Here’s what the studies showed, broken down by categories pertinent to human sports performance:

Some inflammation is necessary for muscle regeneration, but too much inflammation can lead to excessive and debilitating delayed onset muscle soreness (DOMS) and screw up your progress.

Curcumin, however, can mitigate excess inflammation, thus allowing for quick(er) recovery, possibly by modulating the NF-kB activity (a protein that controls DNA transcription and cytokine production), which leads to the cellular proliferation and differentiation of myoblasts („baby“ muscle cells).

Here are the inflammation-related findings from the Brazilian research paper:

While inflammation is often associated with pain and muscle damage, there are other telltale factors, most notably the presence of higher levels of the enzyme creatine kinase (CK). The use of curcumin was found to mitigate levels of CK almost across the board:

Note: While we don’t know for sure if curcumin affects mitochondrial biogenesis in humans, we do know that it does so in animals (Hamadie, 2015). The more mitochondria you have, the better your recovery, performance, and athletic potential, and it’s not a stretch to assume that curcumin might have the same effect in humans, which might explain some of the findings above.

Note: Exertional heat stress, if not regulated, can lead to exertional heat stroke, which is a life-threatening condition. It’s most often seen in football training camps where players are forced to practice in high temperature, high-humidity conditions.

Did Curcumin Have Any Side Effects?

Anybody can see that curcumin has an impressive list of beneficial effects on human health and physiology, but what’s equally impressive is that it seems to have no negative side effects at any dosage. Nada.

There’s probably a limit as to how much a person can safely take, but no sane person has approached that limit. The researchers who „pushed it“ the furthest gave human test subjects 12 grams a day for three months and they reported no side effects.

People from India eat a lot of curry and curry contains a lot of turmeric, which is the substance from which we extract curcumin. As such, the average Indian ends up ingesting about 100 milligrams of curcumin a day, which ought to be enough to have fairly substantial therapeutic and even ergogenic effects.

So why hasn’t eating all that curcumin gifted the people of India with robust health? Well, aside from not being able to make up for poverty and overcrowding, curcumin has a problem – it’s been historically dogged by really poor bioavailability.

You can often ingest a pure dose of it and sometimes nothing much happens. There are several potential reasons for this:

All of this is why curcumin, for years, didn’t get the attention it deserved and many of the people who used it and claimed otherworldly benefits were probably the reason the term „placebo effect“ was invented.

It did great things in a test tube or in animals with digestive systems that can absorb a cast-iron frying pan, but not so much for humans. Good thing there’s piperine, an extract of black pepper.

When taken with curcumin, piperine increases the absorption of curcumin by up to 2000%, more than enough to fulfill many of its physiological promises.

There are purportedly other mechanisms (nanoparticles, phospholipid complexes) that might also increase the absorption of curcumin, but, as they say, further investigation is needed. For now, stick with curcumin formulations that include piperine, like Biotest Curcumin.

How Much Should I Take?

If I made my case – if I convinced you that curcumin is as good for muscle recovery and performance as it is for general health – here are some dosage guidelines: