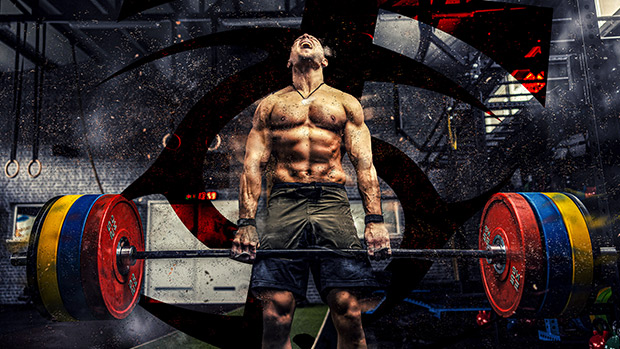 When I started getting passionate about training, I saw circuit training as a low-intensity way for housewives to gain a bit of fitness. No part of my brain associated it with hardcore work. But over the years, circuit training became one of the most common methods I used for clients (including elite athletes) and myself.

I often joke that I invented CrossFit because the way I used to train clients was very similar to their metcon workout, only without the high skill or risky exercises.

Today, I see properly applied circuit training as one of the most effective ways to make rapid gains while also reaping the same cardiovascular health and performance benefits as cardio and intervals.

Circuit training can give you everything you want: strength, size, conditioning, leanness, health… if you can survive the intensity.

The main purpose of doing exercises in a circuit fashion is to challenge the cardiovascular system and get a training effect simultaneously. You’re stimulating your muscles and nervous system. A secondary benefit is to perform the workload in less time.

If the answer is yes, we have a winner. Why? Because circuit training is more effective at improving conditioning, cardiovascular function, health, and even fat loss. The first thing you need to do is forget this preconceived notion that circuit training isn’t hardcore or just a low-stress exercise for people who want to do some physical activity but not train.

The low-intensity circuit training group (LICT) used a similar set-up, but instead of doing rest-pause sets with their 6RM they used a lighter load for 20 reps.

Pretty much all the HICT group’s health markers improved more than the other groups. They had better improvements in:

Another study looked at the impact of circuit training, high-intensity intervals, and continuous cardio on blood viscosity. The more viscous your blood is, the harder your heart must work to push it through the blood vessels, which shows an enhanced risk of cardiovascular problems.

The moral of the story? Circuit training is a powerful tool when it comes to improving health markers, especially those impacting the risk of cardiovascular problems.

Various forms of circuit training significantly improve VO2 max, an important capacity when it comes to cardiovascular performance potential. The number of studies demonstrating improvements is too numerous to quote.

Furthermore, the increase in cardiovascular performance seems to be correlated with the length of the rest periods between exercises – shorter rest intervals lead to greater improvements.

Circuit training effectively improves hypertrophy and strength, both of which depend on the variables selected, like the number of reps and the weight used.

Some would argue that the accumulated fatigue might decrease the amount of weight you can use on each exercise, providing a limited growth and strength stimulus. That might be true, at least when your conditioning level is low. But as your conditioning improves, you’ll be able to use loads fairly similar to what you’d use in a more traditional plan.

Personally, I was my strongest and biggest when doing a form of circuit training: a program I called Built for Bad, which was a low-rep, heavy-weight circuit program.

And don’t forget about the gains made by those training hard on the old Nautilus circuits. When Arthur Jones and Dr. Darden trained hardcore lifters on a circuit at the PROPER intensity level, guys would blow up!

Now, if I were training for a powerlifting meet, I wouldn’t use circuits. And while it can be used by competitive bodybuilders (and has been), it might not be the absolute best method for that either. But if you want to build size and strength while improving cardiovascular performance and getting leaner, circuits are hard to beat.

THE ELEMENTS OF A CIRCUIT

Those components will need to be adjusted depending on what you want to achieve. But remember, circuits, by nature, improve cardiovascular function. So that’s a given with any type. However, there are ways of emphasizing that objective even more.

When your main objective is to increase strength, use fewer exercises: 3 to 5 per circuit. Since it’s possible to perform two different circuits in a workout, you could have one for the big basic strength lifts, which could include 4 movements (squat, press, pull, hinge). Then you could have a second circuit that includes 3-4 more targeted exercises to support the big lifts (hip thrust, triceps extension, shrugs, and leg curl).

For sure, the main work for a strength circuit should focus on multi-joint exercises and the major movement patterns: squat, hinge, press, pull and carry.

Here are some ideas depending on the split you want to use:

Rest Intervals: When the main goal is strength, use a bit more recovery time – both between exercises and between circuits. Still, keep the circuits fairly short (by traditional lifting standards) to maintain the circuit effect and positively impact cardiovascular health, performance, and fat loss.

Reps: This is no different than with a traditional strength-training approach. On multi-joint movements, shoot for 3-5 reps per set. You could do 1-2 reps occasionally, but that’s more effective for demonstrating strength than actually building it because it has a very low impact on muscle growth.

As for the targeted work that you might do as a second strength training circuit, aim for 6-8 reps.

Sets: Do 3 to 6 work sets per circuit. Normally, circuits focusing on big compound movements are performed for 4-6 sets, while circuits using minor exercises are done for 3 or 4 work sets.

Circuit training was once very popular among some bodybuilders. Before Nautilus became mainstream with their gym chain, the circuit method on their machines was used by creator Arthur Jones to train a lot of high-level bodybuilders.

The sessions were so intense that most of these bodybuilders finished the workouts on the floor. Reportedly, the only guy who didn’t get trashed by Jones’s workouts was Olympic wrestler Dan Gable.

Guys like Mike and Ray Mentzer, Boyer Coe, and Casey Viator built great physiques training under Jones using mostly circuit-style training – workouts with a very high density of work. Dr. Ellington Darden was also part of that crew and was no slouch himself.

Circuit training got a bad rap when Nautilus gyms opened to the general public. People would just go through the stations without much intensity or effort. That led people to see circuit training as a fitness workout rather than a legitimate way to build muscle.

Traditionally, circuit hypertrophy workouts used either a whole-body or modified push-pull split. The original Nautilus approach used 8-12 exercises per workout, but that’s because only 1 or 2 work sets were done. I find 8-9 exercises to be more than enough, and, honestly, you can get great muscle growth with even fewer. The 8-9 exercises would be for full-body hypertrophy circuits. A modified push/pull split would use 4-6 exercises per session.

The big basic lifts (bench, deadlift, squat, military press, chin-up) might not be the best tools to maximize growth. I still believe in using a foundation of compound movements, but more targeted exercises might be necessary to achieve optimal hypertrophy.

When hypertrophy is the main goal, I like a 1:2 ratio (or 1:3) of free weights to targeted movements. I like to group exercises focusing on a similar function (e.g., push, pull, lower body) closer together in a circuit to achieve maximum muscle fatigue.

Here’s how to set up your circuits:

Post-fatigue is better for most lifters:

Pre-fatigue is better for advanced and very strong lifters:

Post-fatigue is better for most lifters:

Rest Intervals: Because this type of circuit includes more targeted work, 30-45 seconds is ideal. It also allows you to get more of a pre/post-fatigue effect.

Reps: This is no different than with a traditional training approach. On multi-joint movements, shoot for 6-8 reps per set. For the targeted or isolation work you might do as a second circuit, 8-12 reps is best for maximizing hypertrophy.

Sets: Because of the higher amount of work per circuit, stick to 3 work sets.

Improving cardiovascular health and function is the main benefit of circuit training. Any form of circuit will give you progress in those areas to some extent. But it’s possible to slant the circuits even more toward those goals, which will also be a powerful fat loss tool.

It can be done in various ways:

1. REDUCE REST INTERVALS TO A MINIMUM.

Perform a hypertrophy workout, but with minimal rest between stations and circuits to increase cardiovascular demands.

2. USE A „PERIPHERAL HEART ACTION“ SETUP.

This would be a whole-body circuit of 8-9 alternating exercises for muscles that are far away from each other. Since the body directs more blood to the working muscles, this approach puts a lot of demand on the cardiovascular system.

For the purpose of health and conditioning, use mostly multi-joint movements.

3. INCLUDE METABOLIC CONDITIONING EXERCISES WITHIN A LARGER CIRCUIT.

For example, perform a circuit of 8-9 movements with 5-6 performed like you would for hypertrophy development, then 2-4 drills like kettlebell swings, battle ropes, air bike, rowing ergometer, thrusters, heavy bag work, sledgehammer striking, Prowler pushing, etc. These metabolic movements would be done HARD for 30-45 seconds.

This is the simplest way to do it. Take a regular workout (circuit or traditional setup) and at the end, add a conditioning circuit. This would be 3-5 metabolic conditioning movements done for a total duration of 3-5 minutes per set without any rest during the set. All the activities mentioned in the previous point can be used.

4. MAIN GOAL: A LITTLE OF EVERYTHING

Another cool way of designing a circuit workout, and one that I’m personally fond of, is to include three circuits per workout: one for either strength or performance, one for hypertrophy, and one for conditioning. Each circuit would include 3-4 exercises.

This will allow you to develop strength, size, conditioning, and health at the same time. It’s also a metabolic bomb that’ll help you lose fat. Example:

Do 4 sets of 3-5 reps per exercise. Rest 45 seconds between exercises and 2 minutes rest between circuits.

Do 3 sets of 30-60 seconds of work per exercise. Take minimal rest between exercises and 2 minutes of active rest between sets.

Any type of training can be hardcore if you push the intensity. Circuit training is no exception. When you train hard, it’s more demanding than almost any other approach. It’ll provide a very strong stimulus and will lead to rapid changes in your body.

More importantly, it’ll make you healthier and help you live longer, which is kinda important! Do you know what helps you get more gainz, bro? Being alive and fit enough to train.