How to Naturally Increase Testosterone by 24% 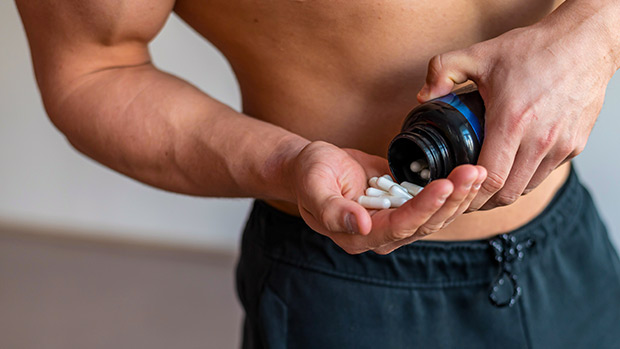 INCREASE TESTOSTERONE WITH A MINERAL

If you want to increase testosterone and a blood test indicates you’re below normal, your doctor will likely hand you a prescription. But what if your T levels aren’t what they used to be, but aren’t quite medically low by current standards? The first step is to figure out why. It could be as simple as this: you’re not getting enough magnesium.

Up to 85% of Americans might be deficient in magnesium. It’s probably even worse in athletes because sweating like a farm animal causes it to leech out of the body.

This is a big deal because the mineral plays a role in over 300 biochemical reactions in the human body. Among other things, magnesium is crucial to energy production, protein synthesis, and insulin metabolism. Without enough of it, you get undue lactic acid build-up, muscle cramping, poor recovery, and poor exercise performance in general. A deficiency also makes it harder to lose fat.

The scientists recruited 30 male students between the ages of 18 and 22. Ten of them sat on their butts most of the time (led a sedentary lifestyle) while the other 20 did intense taekwondo sessions for between 90 minutes and 120 minutes five times a week.

The sedentary group took 10 mg. of magnesium per kilogram every day for four weeks, as did half (10) of the taekwondo practitioners. The other 10 martial artists took nothing.

WHAT THIS MEANS TO YOU

Either way, taking a magnesium supplement would be a good idea. General recommendations for health are 4 mg. of magnesium per kilogram per day, so a 200-pound guy would need about 363 mg. a day to meet minimum requirements.

However, that doesn’t take in the presumably greater needs of athletes and it’s a lot less than what’s needed for the dramatic increase in testosterone seen in the study.

The dosage used by the Turks is about 10 mg. per kilogram, or about 907 mg. a day for that same 200-pound hypothetical guy, which is slightly less than a gram. That’s not much at all.

You could go the whole food route. High-magnesium food choices include the following:

However, not many of us are willing to eat the amounts of food it would take to get us to a gram of magnesium (e.g., about 10 cups of seaweed). Secondly, there’s no way of guaranteeing the exact amount of magnesium you’d be getting from these foods since many otherwise nutrient-rich foods are actually nutrient poor because of variabilities in soil and growing methods.

Source: How to Naturally Increase Testosterone by 24%