14 Vegetarian Foods That Have More Iron Than Meat! 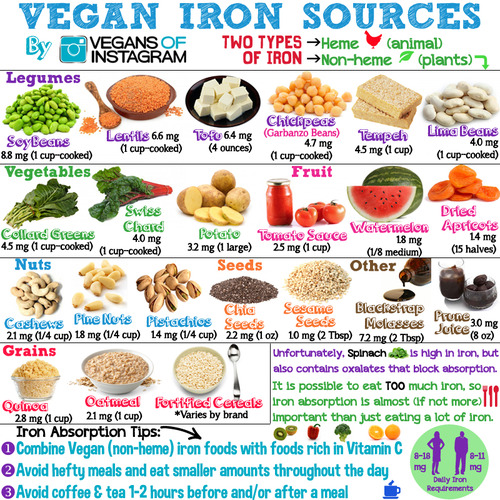 For many vegetarians, one of the biggest dietary concerns is getting enough iron. We’re here to tell you that you don’t have to worry about it any more, courtesy these fourteen foods that can boost your iron intake!

For most adults, The National Institute of Health recommends between 8 and 27 mg daily consumption of iron. For most adult men, the low end of that range is enough, and so sufficient iron isn’t difficult to find in nearly any diet. For women, however, especially if pregnant, breastfeeding, or older, significantly more iron is needed.

Most Americans get their iron from meat, which is why many vegetarians worry about getting enough iron. By adding more of these fourteen foods to their diet, however, there will be no need to worry any more.

Baked Potato: Did you know a single baked potato can contain more iron than a piece of chicken? And if you eat your potato with broccoli, that’s a double dose of iron!

Source: 14 Vegetarian Foods That Have More Iron Than Meat!