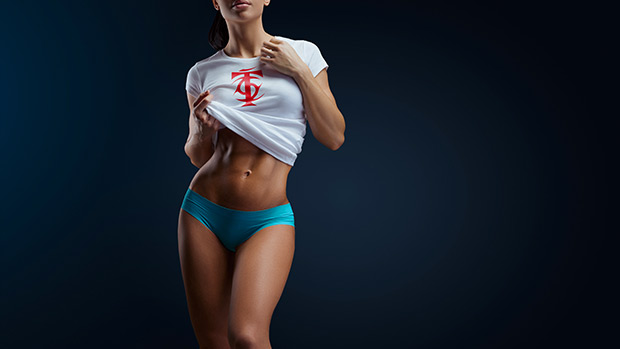 Train your core to stabilize the spine and resist hyperextension for better performance and better posture. Here’s how.

The core’s main purpose is to stabilize the spine while the outer extremities are in motion. It’s our base and our center of gravity. Training the core is a fundamental aspect of any good strength program.

I don’t have anything against doing some sit-ups here and there, as long as you’re not overdoing it and you don’t have a back like Quasimodo. I do take issue if all of your core training revolves around doing shitty sit-ups at the end of your workouts with no anti-movement training whatsoever.

So, if you really want to start taking your core training to the next level, add some anti-extension drills into your workouts.

Get into a regular plank and slide your feet back so your body is stretched out. With your elbows positioned in front of your shoulders, you’ll feel your core instantly engage. The greater the distance is between your elbows and your feet, the greater the demand will be.

Squeeze your glutes and keep your ribs drawn down as if you were bracing yourself to get punched in the stomach.

Same set-up as above, except this time you’re adding a press. Think of this as a core-dominant bodyweight skull crusher.

The greater the distance is between your elbows and your feet, the harder it’s going to be. So gradually work your way to a greater stretched-out position as you get stronger.

The beauty of this drill is its scalability. There are a ton of ways you can do dead bugs, whether you’re a newbie or you want to increase the challenge with some external loading.

No matter how you do it, make sure you’re covering the following:

You can progress the dead bug by adding some external loading with dumbbells and resistance bands.